Lead me to pastures, Lord, and graze there with me. Do not let my heart lean either to the right or to the left, but let your good Spirit guide me along the straight path. Whatever I do, let it be in accordance with your will, now until the end. 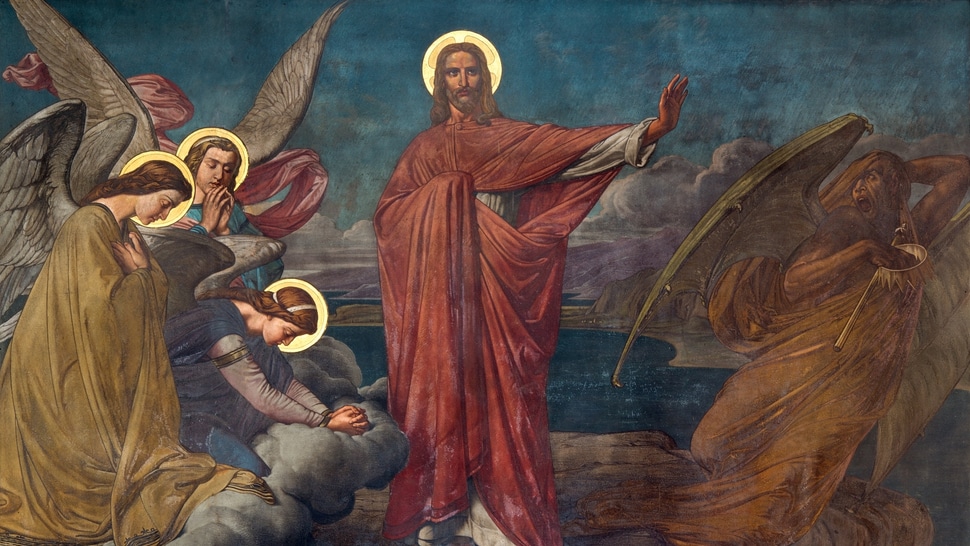 The Seven Capital Sins and Their Opposing Virtues

The repetition of sins - even venial ones - engenders vices, among which are the capital sins.
They are pride, avarice, envy, wrath, lust, gluttony, and sloth.

Source: Catechism of the Catholic Church 2

Pride is "an inordinate desire for one's own excellence." Pride is said to be "complete" when a person is so filled with it that he refuses to subject his intellect and will to God, and to obey His commandments. Such a person has contempt for God and those who represent Him. In a sense, a person with complete pride makes himself a god. However, pride may also be incomplete: Here a person does not reject God or his superiors; rather, he simply thinks of himself too highly. Associated with pride is "vainglory," whereby a person has an inordinate desire to manifest his own excellence and to receive praise. Of course, every person should be proud of accomplishments and be thankful to God for the ability to perform well. However, such a disposition differs from the person on "the ego trip" who is motivated to do something simply for future praise and recognition, or always has to talk about "I did this" and "I did that" so as to impress people and receive their praise.

Humility is the virtue that counters pride. The virtue of humility is about modest behavior, selflessness and the giving of respect.

Avarice "is the inordinate love of having possessions or riches." A person, motivated by greed, is preoccupied with having and having more. A greedy person attaches such value to wealth and possessions that the accumulation and retention of them become the major goal of life and take priority over everyone and everything else. Greed comes in different forms: For instance, some are greedy with material things, always wanting more and only giving the surplus, the "little tip," the something that will not be missed. Some are greedy with time, only doing what will benefit them in some way. Some are greedy in their relationships, collecting people for status or using people for advantage. A person easily becomes hard-hearted and blind to the needs of those less fortunate. Sparked by greed, a person can take on a sense of self-sufficiency, complacency and independence of God.

Liberality, or generosity, is the virtue that is counter to greed. The virtue of liberality is focused not merely on the appropriate concern regarding one's earthly goods, but also on generosity and a willingness to give, freely and without request for commendation.

Envy is "sadness on account of the goods possessed by another which are regarded as harmful to oneself since they diminish one's own excellence or renown." Envy breeds hatred, gossip, detraction and resentment against one's neighbor. Not only does an envious person resent another person's goods be they talents, looks, possessions, works or popularity he also takes joy in and even relishes in the setbacks or adversity that a person faces. Envy is a vicious sin because it creeps into the best of relationships, even between spouses who love each other.

Kindness, or love for one's neighbor, is the virtue which counters the sin of envy. Kindness is manifest in the unprejudiced, compassionate and charitable concern for others.

Anger is "the inordinate desire for revenge." (Keep in mind that this "wrongful anger" is different from "righteous anger," where a person is angry about injustice in the world or even personal situations, and seeks to address the issue and restore justice.) Anger offends first of all against charity since a person is prone to act in a way and say things which can hurt another person. For example, words spoken in anger, whether unkind words or hurtful statements about another, can cut to the very core of a person. Second, anger sometimes offends against justice since a person goes beyond the course to remedy an issue and seeks revenge.

Meekness, or patience, is the virtue that counters the sin of unjust anger, also called wrath or rage. The virtue of meekness focuses on patiently seeking appropriate resolution to conflicts, and on the ability to forgive and show mercy.

Lust is "the inordinate desire for sexual pleasure." Filled with lust, a person selfishly seeks to satisfy his sexual desire. He seeks personal, fleeting gratification. He looks upon others as merely bodies rather than as persons. Sins stemming from lust include dwelling on impure thoughts, masturbation, fornication, adultery and viewing pornography. St. Bernard of Clairvaux taught, "Inordinate love of the flesh is cruelty, because under the appearance of pleasing the body we kill the soul." In the end, lust leads to an idolization of sexual pleasure. Lust is different from that healthy desire of a husband and wife to share their love as husband and wife in marriage. Conjugal love in marriage is a free, self-giving action which respects the dignity of both husband and wife, affirms their marital vows and is open to life.

Chastity is the counter-virtue to the sin of lust. Chastity embraces moral wholesomeness and purity, and in both thought and action treats God's gift of sexuality with due reverence and respect.

Gluttony is "an inordinate desire for food and drink." Gluttony is injurious to one's mental and physical health, and oftentimes masks an even deeper spiritual problem. One must practice the virtue of temperance to prevent gluttony. Also, a person should be mindful of the physical consequences to abusing food and drink; for instance, excessive drinking can lead to alcoholism. Finally, a person should always be mindful of those who are less fortunate and who suffer from lack of proper drinking water and food. There is no good reason to waste food especially, and those who do so are also guilty of gluttony taking something, not eating it and throwing it away in the trash.

Sloth is "sorrow in the face of spiritual good inasmuch as it is God's good" (St. Thomas Aquinas). Sloth is not just laziness, but especially spiritual laziness. Sins which stem from the vice of sloth include lukewarmness toward divine precepts, drifting to what is forbidden and frequenting the occasion of sin, faintheartedness and despair of salvation. The remedy for sloth is remembering one's promised eternal reward as well as one's punishment for sin. Archbishop Fulton Sheen taught, "Sloth is a malady of the will which causes us to neglect our duties. Sloth may be either physical or spiritual. It is physical when it manifests itself in laziness, procrastination, idleness, indifference and nonchalance. It is spiritual when it shows itself in an indifference to character betterment, a distaste for the spiritual, a hurried crowding of devotions, a lukewarmness and failure to cultivate new virtue" (Victory over Vice, p. 73).

Diligence, or persistence, is the virtue which counters the sin of sloth. Diligence manifests the appropriately zealous attitudes toward living and sharing the Faith.

Source for Identifying Capital Sins
2 V. 1876, Catechism of the Catholic Church, Part Three, Life In Christ, Section One, Man’s Vocation Life in the Spirit, Chapter One, The Dignity of the Human Person, Article 8, Sin, Vatican, http://www.va/archive/ccc_css/archive/catechism/p3s1c1a8.htm)